Just one month to Christmas! Don’t forget to start buying your presents, because a lot of orders are being delayed right now.

Australian’s built 1.02 million homes between the 2016 and 2021 financial years – a big increase on the long-term average, which has typically involved about 750,000dwelling completions during each five-year period.Over the past 12 months, 231,816 residential building approvals have been issued,
suggesting lots of new homes are in the pipeline. That said, not everyone who gets an approval ultimately goes ahead with the project.
Low interest rates and government incentives are two big reasons for the recent
building boom. 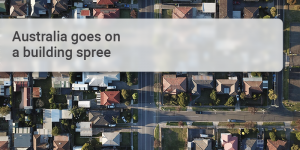 Construction loans are similar to regular home loans in some ways – interest rates are comparable and you can choose between variable and fixed. However, where
they differ is in how the lender delivers the money to the borrower. With construction loans, the lender provides your loan in stages or ‘drawdowns’, as
the different stages of your building contract are completed. The lender charges you interest only on the funds it has provided, not the full amount: so if your total loan is
for $500,000 but you’ve received only $100,000 of drawdowns, you’ll only be charged interest on the $100,000 not the full $500,000.
Thinking of building? Let’s talk

Refinancing is getting a lot of attention right now, as speculation builds about the Reserve Bank increasing the cash rate in 2023 or even 2022.
Australian Bureau of Statistics data shows that refinancing activity is at near-record levels.

In recent weeks, a host of lenders, including all of the big four banks, have increased their fixed rates, which might be causing some more borrowers to consider
refinancing.
Also, some people might be thinking about refinancing to take advantage of equity they’ve built up in their home during the ongoing property boom.
So if you’re thinking about refinancing, you’re not alone. That said, you should refinance when it makes sense for your personal situation, not because other people
are doing so or because the media is speculating about interest rate movements. 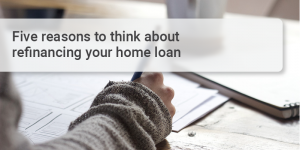 Depending on your scenario, refinancing might allow you to:
• Reduce your interest rate
• Switch your interest rate type (i.e. variable to fixed)
• Pull out equity to fund the deposit on an investment property
• Consolidate several higher-rate debts into a new lower-rate home loan
• Get a loan with better features
Want to know if refinancing is right for you? I’ll be happy to talk you through the pros
and cons.

Is refinancing right for you? Let’s find out

Investor borrowing has increased for 11 consecutive months, according to the most recent data from the Australian Bureau of Statistics.
During those 11 months, the value of loans that investors signed up for jumped from $5.1 billion in October 2020 to $9.6 billion in September 2021 – an increase of 87.5%.
The September result was also the second-largest month for investors in history. 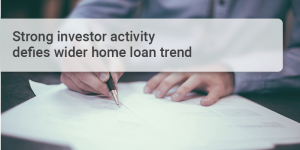 Why are so many investors entering the market right now? Because, in many parts of the country, investors are enjoying a rare trifecta of rising prices, rising rents and
falling vacancy rates.
Meanwhile, total home loan borrowing has been trending down since May, after previously reaching record-high levels.
Monthly home loan commitments fell from $32.6 billion in May to $30.3 billion in September, due to an ongoing decline in owner-occupier activity.
Whether you’re an investor or owner-occupier, it’s important to know your numbers and put a plan in place well before you start searching for a property. Feel free to
contact me if you want to discuss your options.
Learn more about property investment 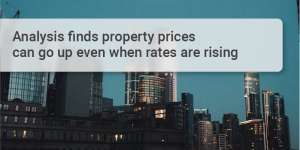 For the past year, the cash rate has been at a record-low 0.10%, with the Reserve
Bank using ultra-low interest rates as a way to stimulate the economy during the pandemic.
But what will happen if and when the Reserve Bank raises the cash rate? Will it lead to a downturn in the property market?
The answer is no, according to research by the Property Investment Professionals of Australia (PIPA), an association that represents buyer’s agents.
PIPA analysis of five periods of increasing cash rate movements since 1994 found that property prices continued to rise – sometimes significantly – even after rate rises of
up 2.75 percentage points.

So if interest rate rises don’t lead to property downturns, what does?

Hoping you stay safe and well as we lead into the holiday season. As always, if you need any help, feel free to contact me.